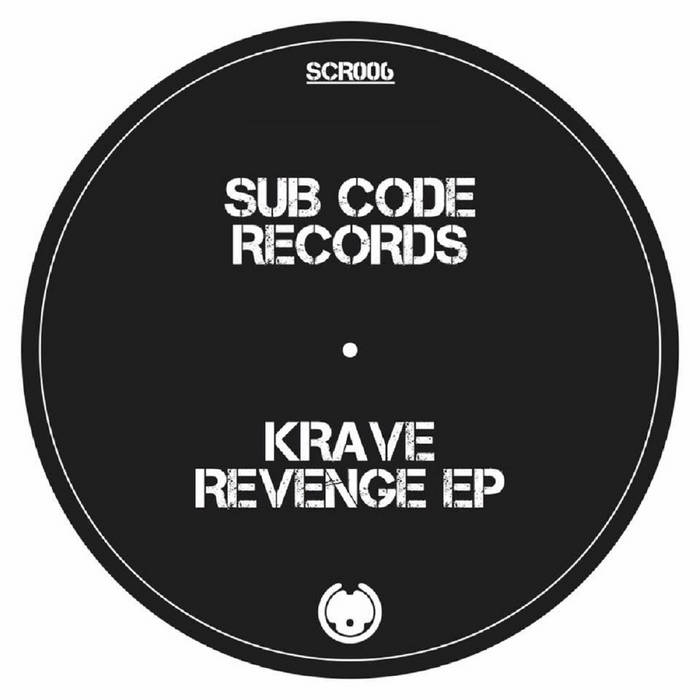 Darkspin Why do i like this? Fuck if you dont know about the man like Krave then you better get knowing. EP is fire.

The 6th release on Sub Code Records and debut from Krave can be previewed here:
soundcloud.com/sub-code/sets/scr006-krave-revnge-ep

As if pulled straight from an Amiga DAT, the opening track, simply entitled ‘Part 4’ opens with raw Hip Hop beats and a tunneling sub. A few gunshots later and we are in pure 95 Jungle territory, peppered with Gangsta rap vox and eerie stabs, a nightmarishly good opener to the EP.
The Revenge Remix is a masterclass in vocal pitch manipulation, authentic junglism and amen break brutality. The breaks hit hard, fast and furious with a bassline to match. all kinds of classic breaks get mashed up and mixed into this potent brew of vengeful tearout

Fans of oldskool Aphrodite will appreciate the rolling beats and vocals of ‘Run It…Cos Dis Is How We Roll.’ The drumwork and assorted samples act as a kind of homage to the infamous ‘Booyaa’, a breathing, atmospheric rollout with crisp beats, perfect for some crowd teasing and spinback action.

And for Tom & Jerry fans, the final track by the name ‘Untitled’ features plenty of those signature T&J style soul/funk samples, set to a rumbling break or rather several alternating breaks. This is the ‘drum’ tune of the EP and it flips a musical bird to naysayers like Henry Rollins. There is no way whatsoever someone could just press a button on a computer and generate tunes like this. This final track is a testament to the musical dexterity of true junglists like Krave. Sit back, listen and be amazed!

Bandcamp Daily  your guide to the world of Bandcamp

Featured sounds from Fly Lo and Ahmed Idris, plus Mother Nature hops on to drop off new project